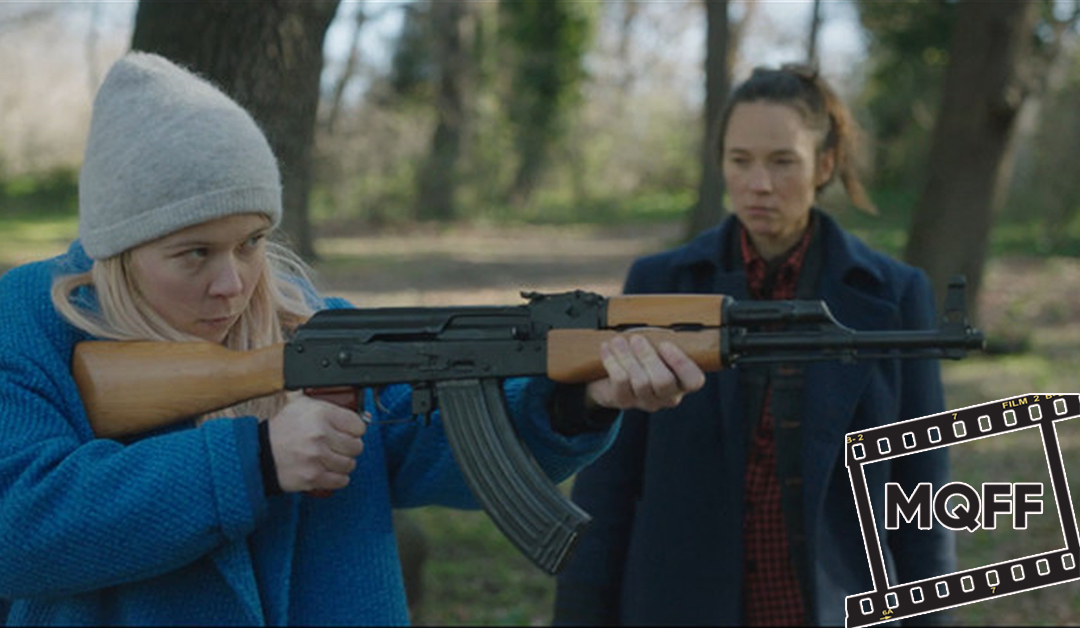 Florence is an actress. Preparations for her new role will challenge her in a way she could never have seen coming…

« Sacha: What are you doing here?
Signe: What are YOU doing here?
Sacha: I have an appointment with Florence Parady. Shooting lesson.
Signe: That s me.
Sacha: Florence Parady? That s you?
Signe: It s my grand mother s name- no one can pronounce mine – i m sick of it
Sacha:Ever fired a gun before
Signe: No… »

Clémence Poésy ( born in l’ Hay les Roses on October 3d 1982) started her acting career at 16 and has since then appeared in more than 40 productions in her native France but also in England, America, and Italy.
She made her directorial debut in 2016 with « For a moment » a documentary film commissioned by the Paris Opera and her first fiction short « King of the wind demons » screened in Cannes in 2018.
« The tear ‘s thing » is her third film.