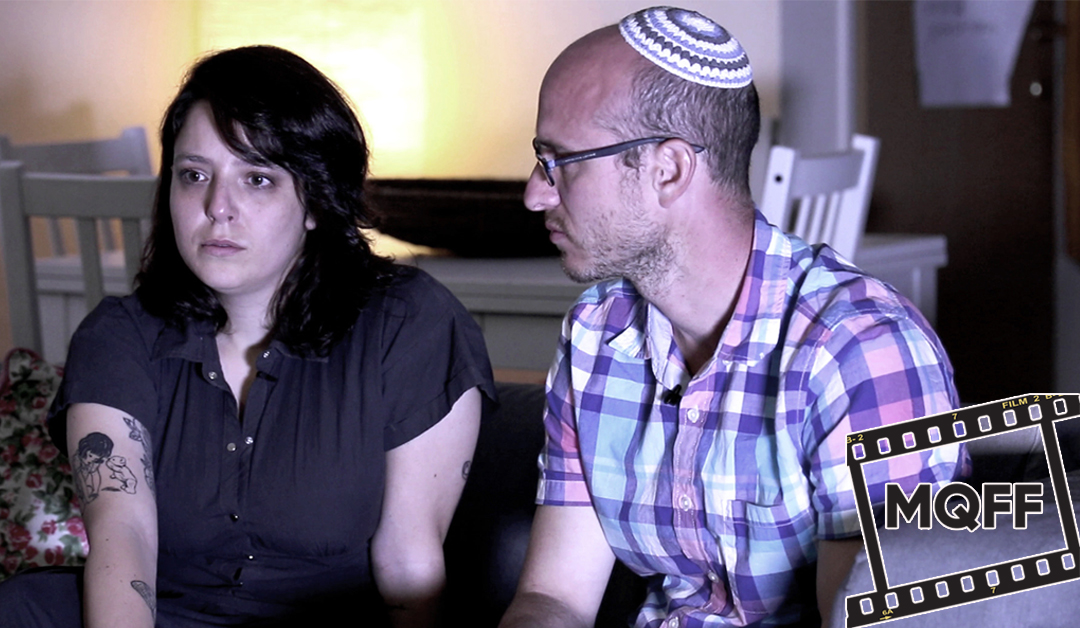 The film explores the lives Orthodox-Jewish LGBT members who willingly choose to marry heterosexuals and raise a heteronormative family, obeying the rules of their societies while denying their own identities.

Mordechai Vardi (62) graduated Master’s degree, in Film and Television at Tel Aviv University. Was the head of the screenwriting department at the “MAALE” Film School in for 20 years. He has produced and directed documentaries for various channels.

‘The attitude towards LGBT people is a challenge of accepting the different, in the most extreme sense, because it concerns our sexuality of us all. My two daughters went out on dates with devout gay yeshiva boys.
My experience with my students who got married and then came out of the closet and divorced led me to make this film, especially in light of the fact that my two daughters went out with religious gays.
The big innovation I found is the disaster of the women who married gays. In many cases their lives were ruined. They lost confidence in their femininity and lost the belief that they could bring a man a sexual attraction towards them. Many times they have children and have difficulty finding a religious partner who will agree to raise with them children whose father is gay. They can get stuck for many years after divorce without a relationship.
I want to bring their voice to the people that society and the religious environment have caused them to marry in the opposite way by nature, with a partner who cannot give them what they really need, neither physically nor emotionally. And children growing up into a distorted family system.
Although the film deals with Orthodox Jewish society, it is a universal theme, because in all religions around the world same-sex marriage is forbidden, and all over the world LGBT people try to disguise their identity by “normative marriage”.’