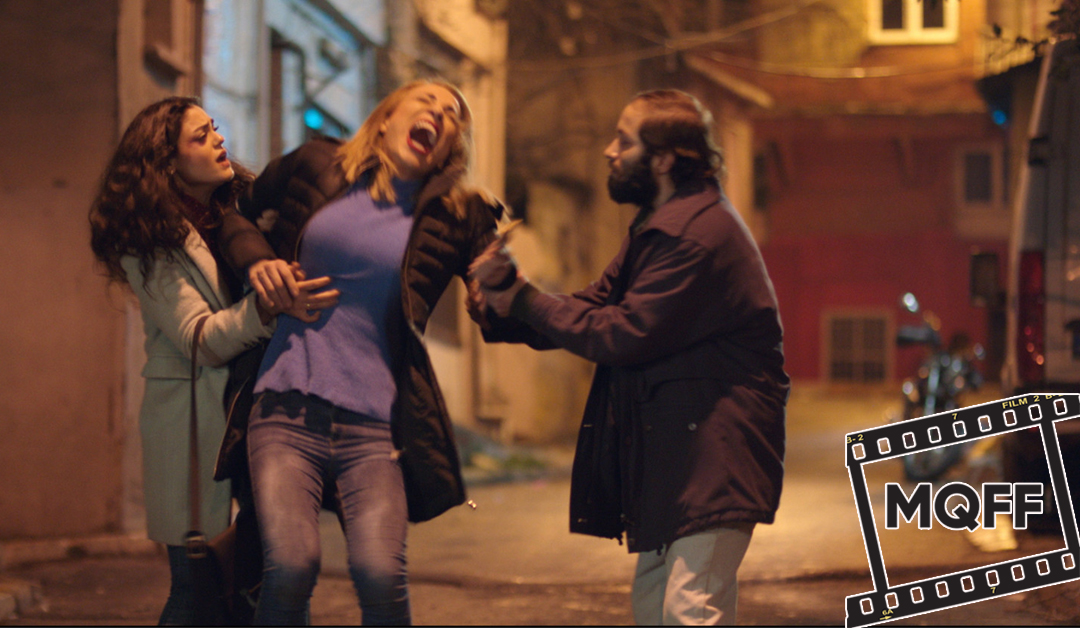 Lives that getting united and getting threatened in a night…a woman who is running away because she was subjected to domestic violence by her husband, a trans person trying to hold on to life by cooking, and an illegal immigrant who is at the edge of suicide.

The Istanbul Convention and the Law No. 6284, when fully implemented in my country, have the potential to prevent women and hate murders. However, the law was not fully understood and implemented by neither official institutions nor the victims. The title of the movie refers to this situation.

The idea of this scenario emerged with deep sorrow and feelings caused by unstoppable hate and women murders against which the state and the laws are ineffective. The police intervention in the finale, which we chose among many versions of the alternative end, aims to remind the state its responsibility.

With its deterrent power, the law No.6284, which is adopted under the Istanbul Convention, has the potential to prevent hate and women murders when fully implemented. However, it cannot be effectively implemented due to the lack in the judicial system and in law enforcement. Moreover, it remains unsolvable with objections from some sections of society. Therefore, penalties are being reduced due to the good behaviour of the offenders and heavy provocation reasons or the police may not even process a woman’s complaint (e.g. Emine Bulut). Women’s associations and other NGOs are trying to make their voice heard, but they could not get any results. We have a goal to raise awareness on the issue. Though it is short, it will be the first film to be made on this subject, as far as we know.

The trans individual and the immigrant, who are other elements of the story, also remind us of other similar dramas that we have not thought about but are being lived. It is also possible to apply the same law to other victims such as them. However, since transgender is not defined by law, the deadlock continues. (Also, the lgbt shelter house, which is closed because of financial impossibilities mentioned in the scenario, is a real event)

He was born in 1977 in Iskilip of Turkey’s Corum. He graduated from Selçuk University, Faculty of Communication, Department of Radio, TV, and Cinema. After working as TV Production Assistant, Freelance Editor, and Assistant Director, he started working as a Content Manager in a private broadcasting platform. He has been working as the Creative Team, In-House, and Co-Productions Manager.