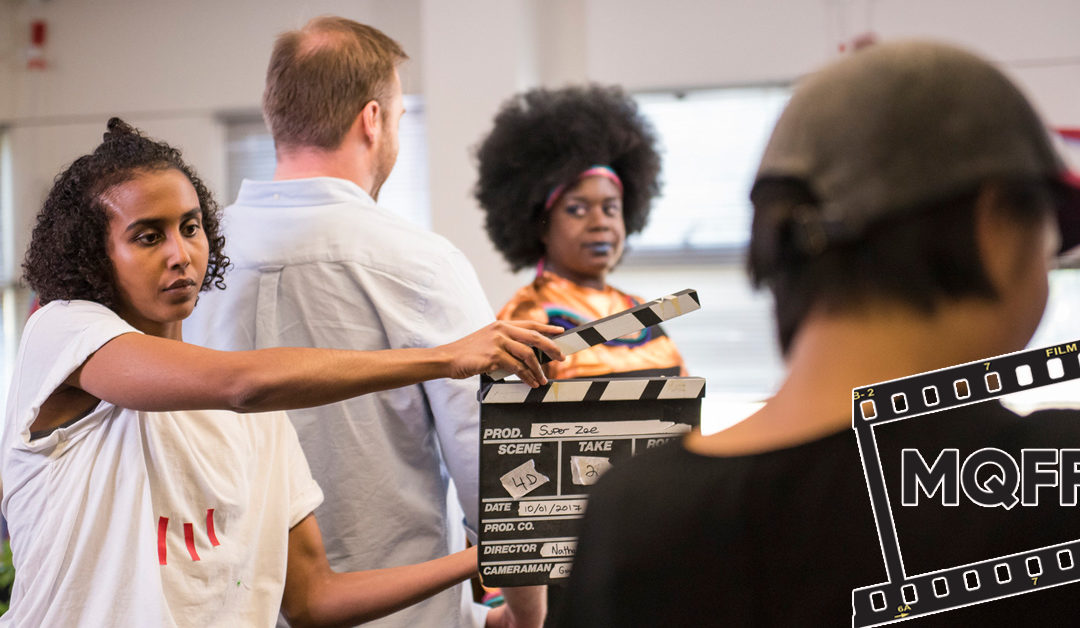 SUPER ZEE is an action-comedy short film about a queer Black superhero, played by Sedina Fiati (CORONER, TOKENS), who swoops in to save her woman crush, played by Christina Song (KIM’s CONVENIENCE), from the microaggressions at the office.

Nathalie Younglai was a freelance harpist and eked out a path to becoming Director on ‘Til Debt Do Us Part (Life/MSNBC), Princess (Life/MCNBC) and Top Chef Canada (Food Network), Story Editor on Tessa & Scott (W Network) and Story Producer on You Gotta Eat Here (Food Network). She recently directed short, Super Zee, about a queer Black superhero. Produced with the assistance of the National Film Board of Canada – Filmmaker Assistance Program and was selected for its World Premier in New York City at the 2019 Women’s International Film and Arts Festival.

A recipient of the 2018 TSC Breakthrough Award by Ben Watkins, Nathalie has written for children’s television (Magic School Bus: Rides Again, 16 Hudson, Dino Dana, Addison) and was co-writer on the Korean-Canadian feature, STAND UP MAN (FIN Atlantic Film Festival). Nathalie worked on BELLEVUE (CBC) and had a legal drama series in development with eOne/Shaw.

A passionate advocate for diversity both in front and behind the camera, Nathalie founded BIPOC TV & Film in 2012 and co-produced a tuition-free BIPOC Kid’s TV Writing Bootcamp for 30 writers, with Jay Vaidya and John May. Nathalie has mentored and spoken on panels for Reel Asian Film Festival, Female Eye Film Festival, Toronto Black Film Festival, Breakthroughs Film Festival and Women on Screen. She serves on the WGC Diversity Committee and is a recipient of the 2017 ACTRA Diversity’s Sandi Ross Award.

Nathalie is a 2019 Canadian Screen Award nominee and a Daytime Emmy nominee for her writing on Dino Dana (TVO/Amazon). Nathalie is currently developing a project with Simu Liu of Kim’s Convenience for CBC Gem and is Co-Producer on Season 2 of CBC’s #1 drama series, Coroner.